I was clearly in a very pink mood this month so these manis are kind of boring, but it is what it is. 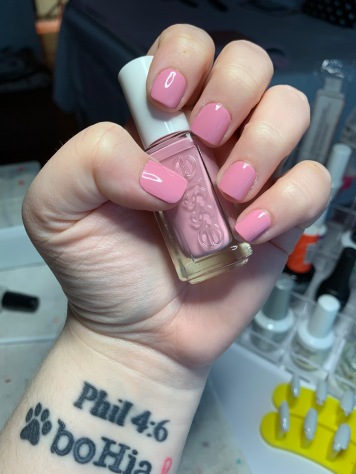 SensatioNail Gel Made Him Blush // Essie In The Time Zone 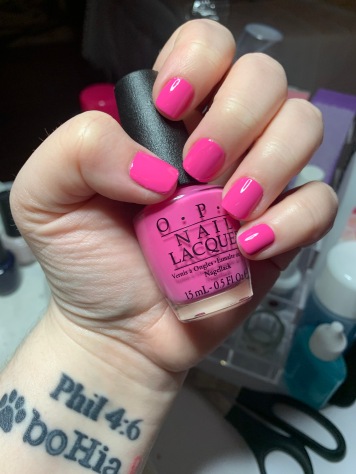 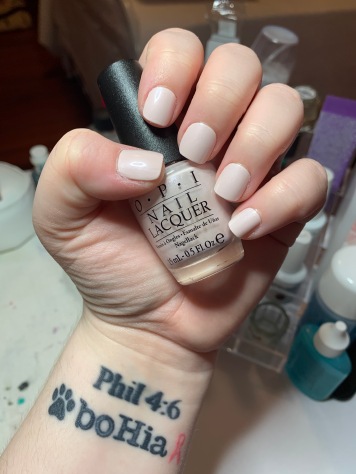 I tried two new formulas this month–Olive & June and Essie’s new Expressie line. They were both major fails.

I was so excited to try the Olive & June polish and was SO let down. The formula was really thick and streaky and I had to do multiple coats. It was pretty once I got finished, but it just wasn’t worth all the work.

There are some really pretty, unique shades in the Expressie line and I had several on my wish list but narrowed it down to the shade above. After using this, I promptly removed all of those. Like the Olive & June, the formula was thick and hard to work with. It could have just been the shade I chose, but I don’t want to waste my money trying any others. I will stick to what I know works!